Errol (Chet) Burkhart was a founding member of the firm and head of the firm's corporate and tax practices. Chet graduated from Hunter College in 1961 with a B.S. in Accounting and ranked in the top 5% of his class. He then attended New York University School of Law, receiving his LL.B. degree in 1964 and an LL.M. in Taxation in 1970. Chet was elected to the Law Review at N.Y.U. and finished in the top 10% of his class. 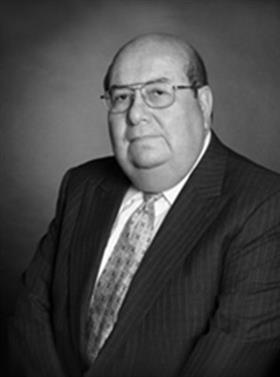 Chet started in private practice with the law firm of Aranow, Brodsky, Bohlinger, Einhorn & Dann from 1964 through 1969, and then served as Deputy General Counsel of International Playtex until 1973, when he joined with Steve Wexler in forming Wexler & Burkhart, P.C.

Chet was a member of the bar of the State of New York, and was admitted to practice before the U.S. District Courts for the Southern, Eastern, Northern and Western Districts of New York, the U.S. Court of Appeals for the Federal Circuit, the U.S. Tax Court, the U.S. Court of Military Appeals, and the United States Supreme Court. Chet chaired the firm's corporate law, tax, trusts and estates and asset protection practices and co-chairs the firm's real estate practice.

Chet was a lecturer and speaker on employment and corporate matters at Cornell University, the Practicing Law Institute, EEO Research Associates, and for numerous companies and other organizations, including Metromedia, RKO General, General Tire, Pepsi Cola Bottlers, Hoffman LaRoche, Reagent Chemical Company, C.R. Bard & Company, All State Insurance Company and the University of Michigan. Chet also served as a member of the Advisory Board of the New York College of Osteopathic Medicine.

Chet was the true embodiment of the Wexler, Burkhart, Hirschberg & Unger spirit and he will be greatly missed by all of us.